I will be posting again sometime tonight. I hope every body understands. My grandma’s funeral is at 11am and I have to get going now.

Everlasting Valor to an Ageless Angel Nuance Nodding for Excellence. (My Grandma)

My Grandma is a good person, but like most people as they age, they become cranky.Â  She is actually not as bad as most people her age.Â  She still has a good head on her shoulders even though she had a stroke, she has her noodles.Â  My grandma is more like a 55 year old woman than an 87 year old woman.Â  She may seem cranky at times, but this is only to be expected of anybody her age. She is 87 years old and probably a person who sees fit to be a grandmother who everybody should have.Â  She comes from a time growing up most of her life when Autism Spectrum Disorders (ASD) were not even recognized.Â Â  I really would have liked to meet her brother who was a bacteriologist because the way my mom and grandma described him to me.Â  He sounds very similar to how I am.Â  Although he was a bacteriologist and I am in to the Circulatory System including and especially the heart, we have our similarities.Â  I know no body can diagnose a person who died, but at least there are people alive who knew him well.Â  I really know for sure Asperger Syndrome is a genetic disorder and I believe it runs on both sides of my family.Â  Each generation of families with this Spectrum of disorders show different aspects of ASD, one generation did not show.

My grandma is a great person who still needs to learn so much and I hope she could learn more about ASD.Â  I know she wants to achieve some lasting goals for her life.Â  I would like her to consider one of these goals to learn more about Autism Spectrum Disorders especially since she can be able to understand the other family members who could have been diagnosed had there been recognition in the past.Â Â  We all need to be patient with our lives.Â  I know I am doing great and I will continue to do great though may be it doesn’t matter if my grandma learns or not.Â  I have always felt the more somebody knows about a difference, the more they are understanding of that difference.

A life cycle of ASD within families shows different aspects of the Spectrum.Â  Some may be more artsy, some may be more scientific, some may show more sensory issues, some may even show less social connection etc. People with ASD vary so much and every one needs to continue to show how they are willing to learn about the Spectrum from those who have it.Â  Talking to people who have an ASD would be an important overwhelming necessary experience for any Neurotypical especially my Grandma.

I just need to remain patient with my grandma like how I am being patient with my career.Â  I also need to remember she is 87 years old and most people her age are set in their ways.Â  We all need to remember to love every one who cares about us in this world. Love goes farther than greed.Â  My grandma is the type of person who strives at things she does even though I want her to learn new things still, I also need to remember to accept her as she is.Â  May be I need to just leave her alone for now because she is too tired to learn.Â  She will always be the Grandma who loves me for who I am.

Here is a statement I created using my parents names:

Rare Innovation Certainly is Key for Leaping Over Ingenious Senses for anybody. Interesting?!?!

BTW, I really loved the movie Vice Versa with Fred Savage and Judge Reinhold. This was a great movie which could show a bit of Asperger Syndrome.Â  To remind everybody the movie was about how a father and a son switch bodies, but their minds stay the same.Â  There is a similar movie called Like Father, Like Son with the late Dudley Moore and Kirk Cameron.Â  Great films, go and see them. They are from the 1980’s. 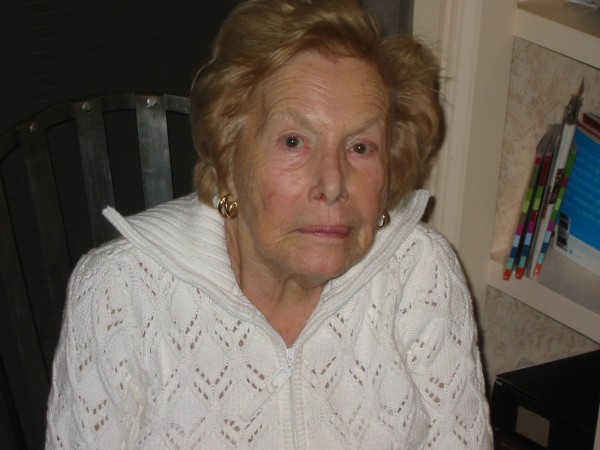 I hope everyone has been enjoying this website and living it up in a positive way. We all need to think of the positive thoughts in life to energize ourselves to do better. One day when we are old like my Grandma, we can say we lived our life to our fullest potential as well as giving to the world. Life is like climbing up a big sand dune marching upwards having to stop every once in awhile to look back while afterward trying hard enough to reach each altitude.Â  As a person becomes older they have reached new heights far greater than when they were younger becoming more respected, I want to reach new heights eventually.

Have a fantastic day, I know you will too.

This weekend turned a different corner in life like every weekend does. Granny has a lot of opinions and one of them is that everyone can’t mix and must stay within their own people. Then, there was a whole thing when I was looking for the paper The ONION in the city. I had a itch on my butt, and a man comes up to me and tells me that he saw me scratching my butt. eeeew, How gross! how can a man look at another man scratching your butt.

Anyway, I have a question for my readers about a situation that erupted. What would you do if someone tried to push you around?

There is more before the next episode 2 of Aspergia Greets,

Though Chloe was home alone all day and was in the kitchen with sleeping Abby.

There is a tee shirt I made for DMC’s website I made at the mall, and pictures to come soon… DRIVEMOMCRAZY.COM

so as the commercial break ends, I take to the next episode of Aspergia Greets….

Today or tonight was a very scary thing happening.Â  Grandma and Abby collided.Â  Though, if I weren’t there grandma would have fallen on her back with her already spinal stenosis, and abby would have been hurt very badly.Â  It was pretty scary.Â  This happened because most of the time no body notices Abby anymore on the floor so every body walks thinking there is nothing there, and bam, we trip over her.Â  Poor Abby, her back is completely messed up because of the issue of tripping all over her, and she is completely blind from catatracts and practically deaf.Â  She sleeps all day, and starts yelling at night.

That is not how it has always been.Â  She has been with us for nearly 16 years and been alive for nearly 17 years.Â  Its a long life for a dog.Â  This is probably her last year.

Knock on wood the only other problem she has is her kidneys are failing. Yet she has not been to the vet to find out how much more is failing.

Her life started out abusive with a an abusive owner, then she came to her new family at house right off a mountain and a new brother, Snuffy Buffy Pepito Poporoacho <Fat Guy> Barbarian Ross.Â  Snuffy and Abby were like the odd couple, hence when snuffy died a part of her died too. Then Chloe came into the picture, geez another female (bitch) dog for abby.

Abby and Chloe became like Laverne and Shirley, y’know the hit tv series only its Abby/Chloe.

Abby looked out for Chloe when she was little puppy,and now Chloe looks out for Abby the geriatric dog.