Anyway, I will be indisposed due to medical reasons for not posting for the next week or so.

wish me luck on all factors which will occur. I know I will be fine.

I just need to do my thing.

Vascular Technology is my key to the whole world.

I hope by the time I write more posts again, people do not forget to read my website.

If you leave any comments my friend who is my webmaster, Drazin, will moderate ALL comments.

Jason’s surgery went well and he asked if I would upload these pictures of him recovering. 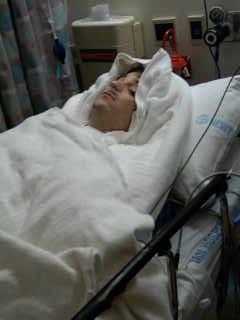 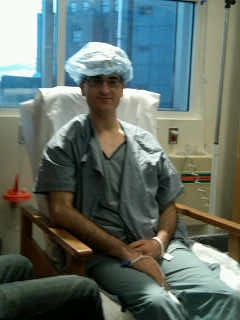 Neurotypical or on the Spectrum, we are all different.  Yes, I am Asperger like my peers and Yes I have similar or the same neurological symptoms as them, but we all have different expressions of the same genotypes.  A phenotype is the expression of a genotype or gene.   They say the earlier the intervention or the detection of something utterly wrong, the better off the person becomes later in life.  Asperger people like myself will always be one step or a few steps behind everyone else, but that does not mean that we eventually won’t get it.  If you take for instance one person with asperger syndrome who has the same gene as the other asperger person, that one person expresses the gene differently based on their life experiences.   People on the spectrum like myself who have sensory problems and do not get the proper treatment for it, will suffer greatly with their behavior.

Temple Grandin is an example of someone with High functioning Autism (not aspergers) who when I read her book The Unwritten Rules of Social Relationships, I realized that she has made great strides in life to adapt and try to overcome her obstacles of autism.

When I first met Michael John Carley, I didn’t think he had aspergers because he seemed so neurotypical, but then when I was told he is an actor and he in fact did have aspergers, I was like wow I admire that.

Temple Grandin stated in her book Unwritten Rules of Social Relationships that “Sensory issues must be addressed with people on the spectrum so that people on the spectrum are not expending all their energy dealing with the invasive world around them…As well as Rigid thinking is not just an autistic trait – apparently its hard wired in all of us. ”

Its a great book and everyone in the world should READ IT.

I am a very visual person and see things that way.   If I can learn in pictures, then that is best for me.  Most Neurotypical people learn by having to read and read trying to understand something that is so simple to me just by looking at picture.

That is exactly how I learned the Human Anatomy, I studied the pictures without reading  paragraph description to paragraph description over and over again.  I also learned to scan the heart by taking to specific to detail on how my teacher was teaching me.  Sanford Brown was good for me because I would not have met the people I met on my externship who taught me.  Basically when I came back home from lectures at Sanford Brown, I would go to my room look at pictures of the materials, go through the books and find all the pictures first, study them, and then I understood.  If I sat down and read and read nothing would seem clear to me.  Some things I do read if their is no pictures at all, but that is a bit harder for me and then I must draw my own pictures.

Take a look at the 5 senses, Smell, Touch, Sight, Sound, and Taste.  There are problems in all areas of the senses with people on the spectrum.  The smell and sound of someone that passes gas is the funniest laugh to me.  Everyone on the spectrum has one sense that affects them the most, mine is Touch.

anyway, aspergia greets is on the way soon,