(Trigger Warning: This poem (as well as the compositions I have done in the past) are intentionally left with certain mistakes to show disability. Be mindful when reading this post and any other posts.)

From Being You to Being Me,

The struggle to find identity in the world is a battle
fighting cause we’re different or odd,
cause the status quo wants us
the way many want us to be,
the way many bully get bullied,
the way too many make assumptions and presumptions
from the way we look, the way we move, the way we communicate, and the way we express ourselves
with everyone around us.
Too many people don’t understand each other
causing the pain and insecurity too many people face every day
in the communities we have always known since growing up.
the pain hurts, the pain allows us to be afraid, and allows us to be angry,
The anger gets expressed in different ways
in different reactions to power and control,
some try to express their anger by building it up until there is an episode,
an episode of fight, an episode of flight no matter how they flee,
fleeing by doing something extreme in their own way
or by allowing the community to do something extreme to them,
in a destructive way either within themselves or expressing it openly,
by including others in that anger or by excluding.
the pain can hurt,
the pain can hurt really really badly,
trying to develop into the person we really want to be,
and ultimately can’t when too many people all our life
bully us in too many ways
so that they can tokenize us to the way they want us,
and the agenda everyone wants to bully for the control.
The control to tokenize, the power to euthanize
either literally or abstractly,
the power to re-create or re-structure a person
because no one likes and appreciates the person,
while the victim either survives the pain to form their identity
or becoming the token at the expense of their dominant oppressors
being seen as an inspiration by their oppressors
while being a martyr within.
The fight to be yourself is a battle of identity,
a battle within yourself and with the many people who didn’t understand,
the many people who either tried to re-create you as them
or the many people leaving you alone without someone to listen,
ultimately creating a battle within yourself,
either escaping from your life internally or fleeing from the outside environment externally,
everyone processes things differently, everyone forms their identities in their own way,
and everyone is vulnerable to the surrounding misunderstanding world around them
when we feel different,
sometimes we find a friend who understands and other times we don’t,
so we have to decide how we want to live our life.
We can be everything we are not or everything we are born with,
we can express the desires everyone thinks we are or we can be who we are.
we can listen to everyone and build walls around humanity,
or we can listen to our hearts building walls around our oppressors and build bridges with humanity.
The choice is ours.
We have our families.
We have our personhood battling to speak our mind in the surrounding society.
We create our own justice,
we create our own future,
we choose our destiny,
we can be lost wishing for a future,
we can become the oppressor we always hated,
we can become ourselves getting over our past getting over everyone,
giving ourselves the freedoms we deserve to be ourselves,
expressing the boundaries everyone can understand
so everyone respects each other with manners everyone deserves to receive,
looking toward the future,
being who we are allowing ourselves to express who we are,
not being too afraid of our differences,
realizing we all experience the same struggles
no matter what,
because,
no one can convince anyone to escape their life,
no can influence anyone that family values don’t matter,
no one can tell a person their differences need to be changed,
no one can influence anyone to be someone they are not,
everyone just needs to presume everyone can find their own direction
with their own differences relieving themselves from the struggles
everyone faces daily,
to finally building themselves in society
from being you to being the person they are,
escaping the many people who told them,
and allowing themselves to express their own identity in the end.

Every thing goes in its own direction especially when comes to uncontrolled emotions. When we release all our emotions uncontrolled is when we become all evil, but when we control our emotions we have the chance to be stronger and show our greatest confidence.  It depends on how we feel. People can’t control their emotions from one setting to the next, but people live a whole lifetime trying to control their emotions.  Some people take control of their emotions sooner than others, it just depends on what kind of strength they are dealing with.  I find most people in the world have a really hard time controlling their emotions. A feeling most people get each day of their life is they can’t see the solution.  When people open their eyes, they see everything around them.  Once you see what is around you, solutions are everywhere.   The real problem is people don’t seem to open their eyes to what is in front of them.  Mostly every one is busy doing something completely different.

Most people don’t realize human connection is not always necessary.  Human beings connect when they feel an emotion they can’t seem to control.  It seems to happen to a lot of people not excluding me.  Other people who listen to what the emotion is bringing on to the person forget how they usually feel, and usually try to give advice.  Not every one is meant to give advice for every situation.  The issue is every body has trouble with their emotions.  It depends on how much of it is a problem. Though sometimes we need human relationships to help us connect and control our emotions.

Justifying why you made an act of justice on this side is based on the laws of the government you live in.  Truly justice should be only given to the hands of god. Anyone will be emotional if something tragic happened in their life no matter what the tragedy is, but god only wants us to move forward to experience our new events in life.  We are meant to smile.

Whatever it is that is waiting for us only comes when we move forward.  I know many of you have lost your jobs or many of you have never had a job and is waiting for the opportunity to work your first job.  Some people may even be frustrated with their current job.  The economy and the job market may not be great, but we must all open ourselves up to whatever can open the door to an experience we need.  Confidence may be a problem for a lot of people on the Autism Spectrum as well as other issues, but we learn to handle our lives better with or without help. It is easy to complain, but some day you must pass by life with confidence. Confidence will help anybody control their emotions and speak up at the right times. Confidence can be difficult for some, but by sticking your neck out you say who you are. It will give you your dignity.

Think to yourself: Smile and use your instincts…

Many of you are probably wondering how to know the solution without thinking too hard, but the answer is only in your true instincts before emotions set in to it.

A recent quote I just read from Eleanor Roosevelt who said “You gain strength, courage and confidence by every experience in which you really stop to look fear in the face. You are able to say to yourself, ‘I have lived through this horror. I can take the next thing that comes along.’ You must do the thing you think you cannot do.”
Eleanor Roosevelt (1884 – 1962)

You have a choice in life, be a Sith lord or a great Jedi!

A footprint in the snow means a lot of things, but most importantly it means a temporary mark you made. It reminds of the temporary footprints we make on people and the endless inspiration we hope we have given to others. This footprint in particular shows someone just stood there, but new snow piles up on it filling in the gaps. The gaps being filled are for new people we meet to embed their footprint in to the snow as well. A snowflake fills us up with as much as we want. We can have many snowflakes causing a blizzard or just a few flurries.

As this winter is a strange phenomenon of snow, we know this summer can be a summer to remember. We can either embrace it or sob through it. No one likes sadness, but Humans are emotional plain and simple. People have trouble controlling their emotions. If only we solved our emotions through a dictatorship for every time we become emotional, we beg not to be punished. Oh well, thank goodness life is not like that. This may not be the right way to handle our emotions pouring out when we either feel happy or feel angry about something which did not go our way. Any of our emotions are the key element to our own news conference in our mind. Something causes us to feel an emotion and we need to know how to control it. So, we either spread it or keep it inside by only or by telling loved ones.

A snowflake falls as we walk at night making footprints in the soft flowery snow and we discover its probably better to be under a roof with a warm cozy blanket on top of us. Let your emotions bring you to understand it is there to feel, but also there to teach us how to use them. If you express a feeling too much, it draws others away.

Meet with your buddies and meet new buddies by learning how to be in control, but most importantly draw in a way to reach the heavenly stars by finally being the person every one needs to become. It is something all of us have to do to live our life.

How many people walk through snow not realizing who stepped foot where they are about to step in to? It just goes to show you, we all feel the same things. 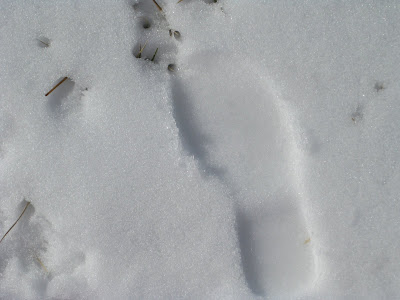